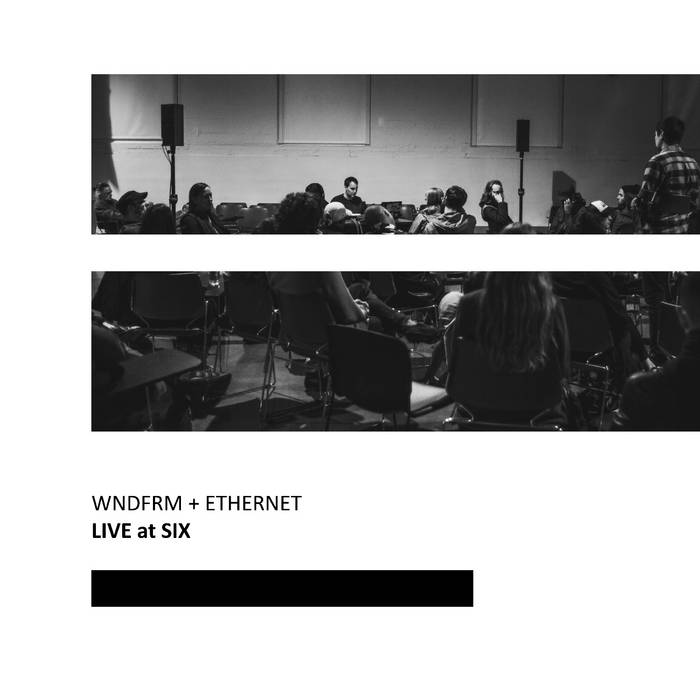 Tim Westcott (WNDFRM) and Tim Gray (Ethernet) have long been veterans of the Portland experimental and electronic music communities. Collectively, with releases on labels like Kranky, Truth or Consequences, Prologue, Home Normal, Recycled Plastics, and Silent Season, Westcott and Gray have accumulated years of developing distinct and captivating sounds. Through the process they’ve both come to hone their own unique approaches to live performance in a way that effectively contrasts the meditative and the challenging, impeccably presented here with their sets at Portland’s annual sound excursion, SIX.

For anyone unfamiliar, WNDFRM’s live set acts as an ideal introduction to Tim’s sound. Sparse and often cold textures are paired with evolving melody in a way that makes it feel as though the two disparate elements have melded into one. Utilizing field recordings and an arsenal of both analog and digital synthesis, Tim manufactures a very specific kind of unsettling intrigue that keeps the listener just uncomfortable enough to maintain attention while inflicting a trance state that deconstructs all sense of beginning and end.

Tim Gray’s Ethernet project is a self-described study in empowerment and self-healing and his performance here offers no deviation from this vision. Gray’s lush productions often conjure up mental imagery synonymous with that of the Cascadian landscape. Rolling fog, eternally misting rain, and vibrant shades of green and brown offer the perfect reference point for his work.

About SIX:
SIX is a Portland, Oregon based, DIY, community-oriented, "surround sound" performance series with an emphasis on presenting local, regional, and international experimental musicians/sound artists in a multi-directional listening environment. SIX offers the audience an opportunity to explore different ways of listening, and for many participants – a rare chance to explore their work on a six-channel PA. The series has been running since 2008, with a 12th edition on the horizon.

Record label based between Portland, OR and Brooklyn, NY.

Bandcamp Daily  your guide to the world of Bandcamp